Why You Should Still Be Worried About the Dark Web 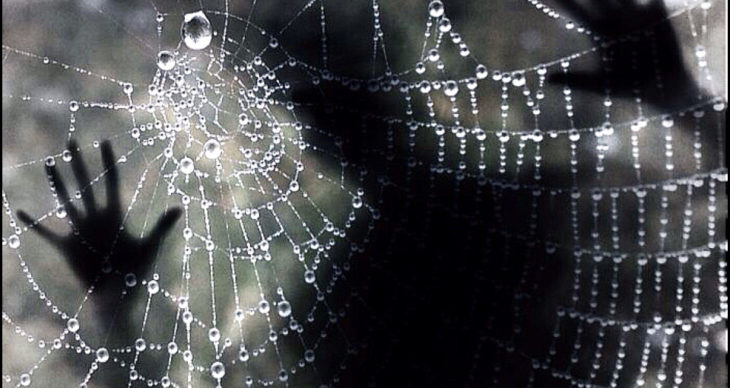 If you’ve read a tech blog or watched a commercial about identity theft, you’ve probably seen the term “Dark Web” at least once or twice.

While the term certainly sounds scary, very few media outlets spend time trying to provide an accurate description of what this part of the Internet is or what people really do when they use the Dark Web.

If you can understand the Dark Web and what it really is and why so many people choose to use it, you’ll have a better idea of why you might want to be concerned about its use and even about its existence.

What is the Dark Web?

The Dark Web is so called both because it exists in a state in which it will never be encountered by most users and also because of the content that can be found within.

On a very basic level, the Dark Web is just a sub-segment of the “Deep web,” which is the part of the Internet that is not accessed by typical search engines.

You can’t get to the Dark Web from Google or Bing, but rather you have to use a specialized browser in order to gain access. Once you’re there, you’ll be able to access a variety of sites that are otherwise unable anywhere else online.

When most people think of the Dark Web, they’re thinking of a series of websites that contain information that is either illegal, immoral or otherwise skirting the edges of legality.

Dark Web browsers largely exist in order to allow access to information that would otherwise get users in trouble. In fact, even accessing some of the data on the Dark Web can be considered a crime, as some of the content is illegal to such a degree that even viewing what’s there is considered a criminal act.

How and Why the Dark Web Is Used

Given the nature of the Dark Web, you might wonder why it’s used at all. In truth, there are actually many people who use the Dark Web for entirely legitimate purposes.

These people are privacy enthusiasts or old-school Internet users who like the feeling of being on something wild and uncensored. They know enough to avoid the very darkest corners of the Dark Web, though they may still regularly interact with others who are not as discerning.

Due to increasing concern about Internet traffic monitoring, there has also been an influx of those who feel uncomfortable with how their data has been handled by the major Internet service providers and are seriously concerned about identity theft or data breaches.

There’s also a middle ground of users who browse the Dark Web for activities that fall into legal grey areas. After all, what is the Dark Web if not a place where you can operate in the shadows?

These users generally share torrents or other pirated materials, using the relative anonymity of the Dark Web to ensure that they won’t be hit with copyright infringement notifications. While these people are certainly breaking the law, they’re not what’s considered to be serious criminals.

The final category of Dark Web users can be classified as purely criminal. These individuals sell drugs and weapons, conduct criminal conspiracies, and even take part in terrorist plots.

The darkest corners of the Dark Web deal with everything from illegal pornography and drugs to human trafficking and other heinous crimes. Because this is one of the most untraceable parts of the communications grid, there are many who have chosen to see the Dark Web as one of the safest places to plan activities that absolutely should not see the light of day.

The number of users who fall into this sphere is probably an extreme minority, but it is important to remember that they exist.

Why You Should Worry About the Dark Web

All consumers should have some degree of concern about the Dark Web. After all, this is a part of the Internet that’s not only unregulated but one that is largely unmonitored in ways that make it a perfect resource for those that would want to do you harm.

When you hear about identities being stolen or serious data breaches at major companies, it’s almost always those on the Dark Web that are doing the work and profiting from these illegal activities.

There’s also a certain degree of caution that should come from knowing that you can never truly know what’s going on when it comes to the Dark Web. As much as law enforcement can and does attempt to police this part of the Internet, there will always be places that are unable to be found.

As such, the Dark Web will always be a home for those who want to use the Internet for nefarious purposes and for those who don’t want their activities to see the light of day. This is a part of the Internet that should concern everyone.

What Kind of People Use the Dark Web?

While there are certainly people who can and do use it because they prefer their privacy, it’s almost astounding to see how dark this space can get with just a few clicks of the mouse.

The Dark Web represents many unfortunate impulses, and as long as it exists, it will be a place for those people to let those impulses run wild.

In and of itself, the Dark Web is not necessarily a bad thing. It’s just another part of the Internet, one that is poorly monitored and hard to access.

When you look at how it’s used and the people who choose to use it, though, you can see why there are major concerns about its existence.

Once you know what the Dark Web is, you can begin to understand why you might want to guard your private data more closely. After all, the last thing you want is for your information to wind up in the darker corners of the Internet.