Where Should a WiFi Extender Be Placed? 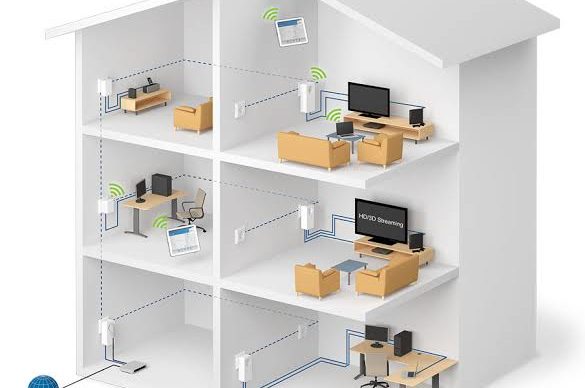 So you’ve just bought a brand new WiFi extender and you’ve taken it fresh out of the box. But now you’re wondering; where should I put it? Where is the best place at home to position my extender for it to work effectively? Luckily, you’ve come to the right place, and in this article, we’ll cover all the things to consider before placing your extender anywhere in the house. As you may already know, WiFi range extenders help you keep mobile devices, media players, and computers connected to WiFi with a reliable connection and expanded coverage in every corner of your home. The key to maximizing the coverage of an extender is by choosing the right location.

The extender relies on your wireless router or access point for an internet connection. The extender loses internet access if:

Here are six further tips and tricks for Wi-Fi extenders that will help you get data in each and every spot of your home, in no specific order:

If you have a ranch house or a single-floor apartment, you should be home-free. However, when setting up an extender for a floor above or below the router (such as for a basement or attic), you’ll need to take account of the extra height and all the wood, steel, and plaster in your floors and ceilings — building materials that can absorb some of the Wi-Fi signals. Solve this by moving the extender closer to the router than you might if both devices were on the same floor. In fact, it often works best in multi-story situations if the router and extender are roughly above or below each other.

Where you put the extender is key to its success, so keep an open mind and be ready to move your extender around if the results are disappointing. Start with a floor plan or sketch of your house marked with the router’s location, the dead zones, and AC outlets. Look for a power outlet that’s roughly halfway between the router and where you want the extender’s Wi-Fi signal to go. Plug-in the extender and follow the directions for linking it with your router. Once it’s operating, go to the dead zone and see if it’s been improved with Wi-Fi.

When picking your extender’s location, avoid objects that will either reflect the signal (like mirrors or large pieces of metal) or absorb it (walls, closets or masonry supports). Another big disruptor of Wi-Fi extenders is stray radio-frequency signals from things that interfere with the Wi-Fi signals. The prime culprits here are microwave ovens, cordless phones, refrigerators or even baby monitors.

If you can’t find a good location for the extender, you might need to use an AC extension cord to get the extender to where it works best. Try things like putting the extender on top of a bookshelf. If the extender has adjustable antennas, you can reposition them to get the best signal. Even better, if the wireless booster has removable antennas, you might try swapping them for higher gain or amplified antennas to boost their sensitivity. Alternatively, you can try using a Wi-Fi reflector or making one yourself out of aluminum foil or an empty soda can, to direct the Wi-Fi signal to where it needs to go.

When setting up the extender you’ll have to decide whether to keep the same network name and encryption passcode or use a different one. Using the same log-in credentials allows you to roam between the router and extender without re-logging in and connect with networked printers and storage drives. But it also means that there can be problems in the areas covered by both the router and the extender where their signals overlap. If you experience this issue, try using a different network name for the extended segment.

Chances are that any extender you buy comes with its own software for optimizing its position and performance. Often, though, that software is second-rate compared to stand-alone apps for analyzing your Wi-Fi. Here is one such example:

Home WiFi Alert is an Android and iOS freebie that works with phones and tablets. It shows your current Internet speed and the device’s signal strength more precisely than traditional five-star ratings. Be careful, though, as Home WiFi Alert and others report a negative dBm level for signal strength, so a lower negative number actually represents a stronger signal. While it can help you to set up and optimize an extender (or your entire network), Home WiFi Alert has annoying ads and you can’t work with 2.4- and 5GHz signals at once.

So those are the general rules to abide by along with some tips and tricks that should help you find an ideal place to stick your extender in. In most cases, any of these suggestions will help you to get the signal that you need in every corner of your house. But if for some reason your connection still isn’t stable, perhaps it’s a good thing to keep your receipts handy, just in case you need to return the product and look for another model that’s hopefully more suited for your needs.