Home VPN Providers Articles What Is a VPN App?

What Is a VPN App? 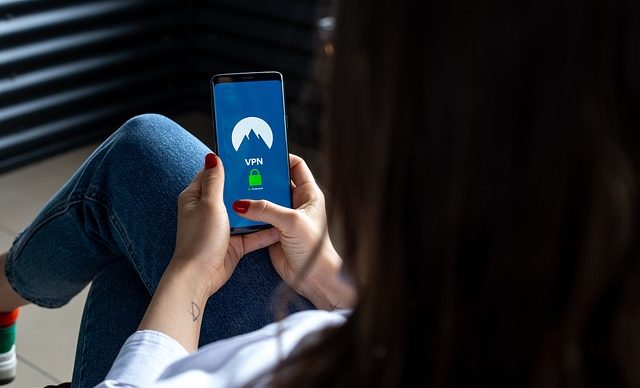 If you use computers to transmit personal or financial information, you may be concerned about the level of privacy and security that are available to you through normal connection channels.

You may already know that intrusion prevention software, while useful and necessary, sometimes fails to thwart an attack if your computer is vulnerable to device scanning programs that lurk just outside the perimeter of your network.

Fortunately, a Virtual Private Network (VPN) can provide a safer connection method across a variety of networks and devices.

What VPN Services Can Do for You

Through the use of special connection protocols and high-level information encryption, a Virtual Private Network can offer access to public resources while also creating a secure connection to other computers on your private network.

VPN software can be easily installed on your device and some computers already have VPN software installed when they are released from the factory.

Configuring a VPN to work on your computer, tablet or phone typically entails specifying the protocols and network parameters that will be used to communicate with the private network. Communication may sometimes be conducted with the help of a VPN app.

What is a VPN App?

A VPN app lets users exchange information across public networks in a manner that resembles a direct connection to a private server. Communication that takes place over Virtual Private Networks is protected as it travels across a network and connections remain nearly invisible to many external scanners.

VPNs do not offer complete immunity from hackers but they provide significantly more protection from external attacks than connections that do not use VPN software.

So, what is VPN app, exactly? A VPN app establishes a secure connection to the network but lets you avoid having to configure the connection parameters each time you use the VPN.

Using a widget, a VPN app makes connecting to a secure server only one click away, letting you establish a private and secure connection even if you are on a public or shared network.

What Are the Elements of a VPN?

While encryption is commonly used, it is not a required element of all VPNs. Where encryption is present, it can be used to secure the connection at the endpoints or to ensure the privacy of the data itself.

VPN connections ensure communication privacy by specifying user authentication parameters so that only persons who have the desired login credentials are able to access network resources.

Using a set of established internet security standards, a VPN maintains message integrity and information confidentiality. Some of the most common connection protocols that are used by Virtual Private Networks include IPsec, SSL, TLS, and OpenSSH.

How Does a VPN Work?

VPN uses encrypted communication and tunneling protocols to maintain a high level of security and privacy on shared and public networks. With VPN in place, you can access work computers from your home as if you were on the same secure local network that your office computer uses.

A VPN connection protects any applications that are running on your device by using dedicated connections to a private network. Endpoint and data encryption is used to prevent compromise at the connection points and to safeguard data while it is in transit.

Even if an intruder intercepts data packets that are in transit, he or she would only see the information that has already been encrypted.

This feature of the VPN configuration serves to mitigate potential negative consequences of information hacking that may affect the messages you send or receive.

Who Should Get a VPN?

VPN is ideal for anyone who works from home or other remote location, especially if there is a need to exchange confidential information with other network users.

VPN is especially useful for anyone who needs to protect sensitive data or who wants to safeguard important company information from unauthorized access by persons outside the local network.

Employees who telecommute can access the company network from outside the office and can even collaborate with coworkers who are physically located in other offices. Most VPNs have robust authentication protocols in place to prevent access by non-employees.

The Bottom Line on VPN Apps

Answering the question “what is a VPN app” may well mark the beginning of your search for a more secure way to connect to your network.

A VPN app can provide the same level of access to network resources as a public connection but adds a vastly enhanced level of privacy that cannot be obtained without the VPN software.

By letting you access company resources while maintaining the level of security offered by a private network, VPN offers the best of both worlds in a single easy-to-install solution.