Home Identity Theft Protection Articles What Does the FTC Do?

What Does the FTC Do? 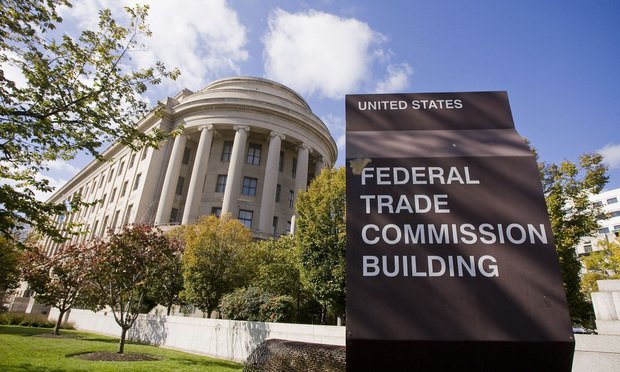 The Federal Trade Commission, or the FTC for short, has been in existence for more than 100 years. This federal agency has an awesome and challenging responsibility to encourage fair and responsible competition while also protecting American consumers.

To do its job, the FTC operates collaboratively across a variety of federal bureaus as well as with private entities and law enforcement agencies. The FTC is also active internationally, working to promote a safe and healthy international marketplace for all.

Of course, there is much more to answering the question of what does the FTC do than this brief broad-brush overview, which is what this article talks about!

The History of the Federal Trade Commission

That basic mission hasn’t changed in more than 100 years. The FTC still exists to “promote competition” and “protect consumers.”

So what does the FTC do today? Now well into its second century of operation at this point, the FTC continues to carry out its mission from the very same building where it began in 1914 in Washington, D.C.

The FTC Fights for Consumer Interests

Over the last century, the FTC has spearheaded a number of landmark cases and lawsuits to fight against companies using deceptive advertising to hoodwink customers.

One particularly notable series of cases pitted the FTC against companies hawking ineffective (and potentially dangerous, in some cases) weight loss remedies to unsuspecting customers.

Battles of this sort were designed to both protect customers and ensure companies were not using false advertising to take undue advantage of their more ethical competitors.

Yet another series of landmark rulings called the FTC to wade into the debate on how public utility holding companies were using or abusing, their marketplace majority. Over a seven-year period, the FTC slowly and steadily moved towards regulatory reform to encourage healthy competition and fair pricing for electricity and other utilities.

From time to time, the FTC has also had to fight back against the very federal government that commissioned it into existence in order to maintain its impartial, bipartisan role.

In the role of promoting healthy competition between national and international business entities, the FTC’s role is not an executive (political) one, but rather a role of independent legislative and, if necessary, judicial oversight, review, and intervention.

During the Cold War in 1952, the FTC was instrumental in crafting a detailed report of the world oil market, right on the heels of similar reviews of the world minerals, metals, agricultural fertilizers, equipment, and other products.

With a continual goal to guard against antitrust activity in these important international markets, the FTC has at times had to fight against internal government forces promoting those very same antitrust activities. Not an easy line to walk!

This early history strengthened the FTC in its role as an independent, bipartisan agency established to protect consumers by monitoring healthy competition.

But what the FTC’s founders and the agency itself could not have predicted back in its earliest days is the rise of the world wide web and the global e-commerce marketplace and the new dangers to consumers this shift now presents.

Today, a big part of what does the FTC do includes educating consumers about identity theft – what it is, how it occurs, what to do when it happens to you. Companies, as well, rely on the FTC in part for new information about how identity theft occurs and how criminals adapt to new data security safeguards.

As a part of this joint role, the FTC has created a dedicated website devoted entirely to helping victims of identity theft recover and rebuild their lives.

How to Report Identity Theft to the FTC

The FTC’s website, IdentityTheft.gov, offers a streamlined step by step process that victims of identity theft can follow to begin to recover.

From here, the website provides guidance about specific steps to take to prevent further identity theft fraud or damage. You can access forms for reporting tax-related identity theft, medical identity-related theft, and theft of a child ID.

There is also detailed guidance for taking action in specific situations of identity theft, such as when a criminal opens a utility account or takes out a loan using your information.

While this website is a potent tool for new victims of identity theft, helping organize recovery efforts as rapidly as possible, its best use will always be as a tool to prevent identity theft from ever happening to you.

The FTC on the Warning Signs of Identity Theft

One particularly useful role the FTC plays in protecting consumers today is in the arena of public identity theft education.

While large data breaches such as the Equifax credit bureau breach in 2017 are heavily publicized in mainstream media channels, many consumers still do not know the basic warning signs of identity theft.

The FTC is now taking a proactive role in alerting consumers to common signs of identity theft, such as when unfamiliar charges appear on your credit card or bank statement or creditors begin calling you to collect on debts you didn’t incur.

As a part of this ongoing public education effort, the FTC is also making an effort to teach consumers how to develop a personal recovery plan to address the impact of identity theft. But perhaps the most important function of the FTC when it comes to identity theft is to alert you as a consumer to your rights.

When you have been a victim of identity theft, you have rights that no one can take away. For instance, you have the right to create a fraud report with the FTC, to place fraud alerts on your credit reports, to dispute incorrect credit report information, to stop debt collectors from harassing you, to get copies of relevant identity theft-related documents and much more.

One of the most important rights you have under the FTC as a victim of identity theft is the right to limited financial liability when your personal information is used fraudulently.

For identity theft-related credit card charges, your personal liability is limited to $50. For ATM card-related charges, your liability limits relate directly to how quickly you notice and report the fraudulent charges.

Your Responsibilities After Identity Theft

It is an uncomfortable truth that sometimes life keeps us so busy we overlook even the most glaring warning signs that something is wrong. This may be in the area of our health, our child’s school performance, our leaking roof or our personal data.

Furthermore, with so many pieces of personal data to watch over and safeguard on a daily basis, sometimes it can feel like an impossible task to monitor our own identity as well as that of children, elders and family members. There just aren’t enough hours in the day.

Yet, as the FTC policies regarding identity theft make perfectly clear, you do have responsibilities to fulfill if your personal data gets stolen. If you fail to carry out those responsibilities, you may bear significant financial losses as a consequence.

This is why more individuals and families today are choosing to entrust the vital task of monitoring personal data to identity theft protection service professionals. By staying attuned to early warning signs of data theft as well as keeping tabs on current events and news about data breaches, identity theft protection serves as your eyes and ears out in the world and online.

If a data breach or data theft is detected, you already have proactive protection in place to comply with current FTC identity theft policies, complete the required reports, notify the appropriate credit bureaus and authorities, cancel or close affected accounts and limit your losses.

By learning what does the FTC do to protect consumers from identity theft and identifying your own part in quickly reporting incidences of fraud, you can make an informed decision about the best way to safeguard your personal data and that of your family.