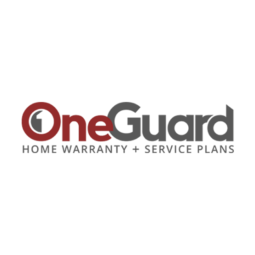 OneGuard not only fixes major household systems and appliances that break down but eliminates the stress of many home maintenance services which are not typically covered by home warranty companies.

For breakdowns, repairs, and maintenance, OneGuard Home Warranties has home care solutions that cover a wide range of household problems.

The only reason that I am giving a one star rating is that there is no lower rating. There is absolutely nothing positive that I will ever say about OneGuard. They are shady operators, who hire sub-par contractors, and then refuse to honor the contract that they have written. Buyer beware, you won’t be getting the service or repairs that you are paying for.

Back in September, I called in because my heat pump system wasn’t operating correctly, and I told them that it was low on refrigerant. They sent out a company that only dumped some refrigerant in, without determining why it was low. This company didn’t even charge my system correctly.

Then in December, I had to call OneGuard again for the same system, because the heat wasn’t working. I said that I wanted a different company to come, because I didn’t trust the first one to do the job right, and that in addition to finding out why my heat wasn’t working, I wanted for a leak check to be performed so that I didn’t have to keep calling for the same reason repeatedly. This time they sent out a company (Horizon) who did only a visual leak check. The technician told my wife that there was a leak in the evaporator coil, and that a new air handler was needed. He then went to his office and said that it could be repaired (if so, why didn’t he do it while on site?), and OneGuard never called me to tell me that the fix they would perform was a repair. I had to call back to find out what was going on.I told them upon hearing it, that no reputable company will recommend repairing a 15 year old coil, and that I wanted a second opinion. I was told that I could have one, but that if the same information was correct, I would have to pay for the second company, and the first one would do the repair.

The third comany (EMS) came out, and the technician went straight to my heat pump. He checked the refrigerant level, which was within tolerances, and noticed that the defrost control was actually missing. My heat pump wasn’t functioning correctly because it was freezing up and unable to go into defrost mode. He then checked the evaporator coil, and said that the unit needed to be replaced.

It then took over a week to get any response about what was going to be done. The bottom line, according to OneGuard, is that I must accept only a replacement of the air handler, to be done by Horizon (who misdiagnosed and lied), or they will cash me out for what they would pay Horizon. And I would lose any further warranty coverage by them on that unit. They don’t want to fix the problem of my heat pump being unable to defrost, and the person I spoke to on the phone wouldn’t listen when I said it won’t work. He said that the leak repair and freon level being correct would allow the defrost to work properly. It will never work without the defrost control!

Don’t buy a policy from OneGuard, and don’t ever let technicians from Horizon come out to your house, either.

Horrible, called June 1, 2020, here it is 30 days later on June 29th, heat pump shot, new heat approved, but have not been provided a replacement yet, One Guard Claims they cant find one, baloney, they could find one if they bumped me up a model or 2, but they are sticking to give me the cheapest heat pump even if its costing me high electrical bills and little or no cooling in these plus 100 degree days here in Arizona, they could patch up the old one to work better, but since its gonna be replace, HA!, whenever, one guard will not spend anymore money on the order unit. The Tech Qual Tech has been great and even trying to get one guard to do something, so this is all One Guards fault why I am without a proper working heat pump one month later in 100 plus degree temps in the middle of summer.