Home Paddleboards Articles Is stand up paddleboarding a good workout?

Is stand up paddleboarding a good workout? 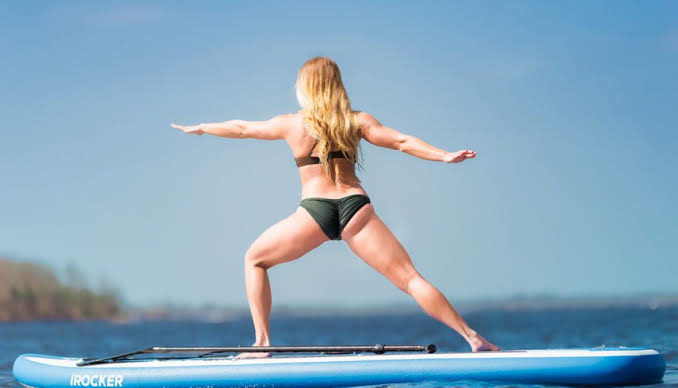 Stand-up paddleboarding has evolved from just being a resort sport or hobby that you can only find at fancy beachside properties, to an activity that you can do anywhere you can find a body of water. You can take a SUP class, go on a SUP trip, and rent SUP boards at most sporting goods stores. But even with the recent explosion of the sport, little research has been done on the effectiveness of stand-up paddleboarding as an exercise, until now.

The American Council on Exercise (ACE) has released two studies that looked at the benefits of the popular watersport and found that leisurely paddling may not get you the workout you think you’re getting when you hop on aboard.

In the first study, researchers tested the common theory that SUP is a major core workout. This is because SUP involves maintaining your balance on a board with water underfoot, with the belief being that your core muscles need to fire more to steady yourself. The participants paddled at three levels of difficulty — light, somewhat hard, and hard/heavy (but not at maximal exertion).

The research found that when people paddled at or above a light level of perceived exertion, the erector spinae (muscles of the back) and rectus abdominis (abdominal) muscles were stimulated enough to boost strength. The external obliques, on the other hand, weren’t activated enough to improve strength unless people were paddling hard.

So what was the key to activating those obliques? According to lead study author John Porcari, Ph.D., it’s through “the ability to turn the shoulders and dig in to create torso rotation to create more power in the paddle stroke and better recruitment of the external obliques.” Plus, it’s considered proper form to rotate from the torso as you paddle, so if you want to tone your obliques, twist from your core with each stroke you take and paddle at a pace that feels heavy while digging the paddle into the water.

For the second study, researchers looked at the cardiovascular element of SUP and found that when people were allowed to select their own pace to paddle at (the speed you would probably go if you’re chatting with friends and looking out for wildlife along the way), they averaged a heart rate of 55 percent of their max, almost ten percent short of the first target heart rate zone, which is considered moderate training by the American College of Sports Medicine. Even when researchers asked a group of experienced paddlers to go at their top speed, their average heart rate didn’t reach the steady-state training zone.

So while you may not be able to count SUP as your cardio for the day, you probably don’t need a study to tell you that it’s a fun way to stay active outside during summer. Besides, anyone would probably prefer it compared to going to a gym every day. Just imagine going out to a river or beach and enjoying the view and the wildlife, while performing an activity that you can enjoy with friends and family.

SereneLife Inflatable Stand Up Paddle Board