Home Identity Theft Protection Articles How Much Is My Identity Worth on the Black Market?

How Much Is My Identity Worth on the Black Market? 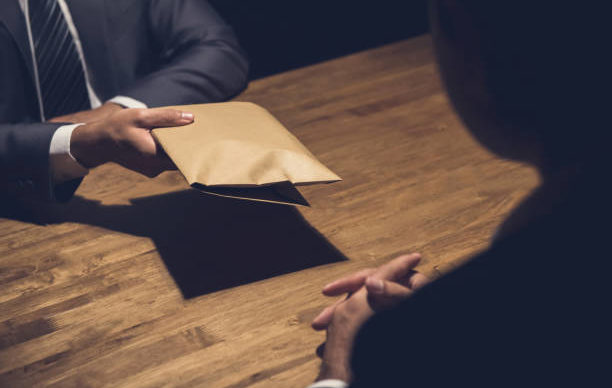 The black market today operates on multiple levels. Of course, there is the old school traditional black market, where physical goods and services change hands.

But then there is the “new” black market, otherwise (and quite dramatically) known as the “dark web” or the “deep web.” The dark web black market is the most common place where criminals go to buy and sell the identities they steal, including yours.

While the dark web may sound like the stuff of cinema thrillers and high-intensity international espionage, in truth it is just an online marketplace like any other, with its own unique rules for engagement.

For those who know how to access and use it, the dark web is a goldmine of new moneymaking opportunities for using someone else’s personal data. But how much is your personal identity on the black market worth? That is what this article will discuss.

What’s for Sale on the Black Market?

You have so much personal data to protect and every single piece of it has a financial value on the black market. Identity theft can and does happen to people of all ages and all income levels each and every day. Absolutely no one is immune.

This is one reason why protecting your personal identity can feel so overwhelming and, frankly, impossible. On some level, it is impossible to do all the things you need to do in your daily life and continuously monitor your identity at the same time.

It’s no wonder increasing numbers of individuals and whole families are choosing to take help from identity protection services that can shoulder this challenging task on their behalf.

How Much Data Is for Sale on the Black Market?

According to one report, an estimated 145 million American citizens have had some level of a personal data breach resulting in identity theft. In just the last year alone, 16.7 million more individuals became targets of identity theft criminals. Suffice it to say there is a truly stunning amount of personal data available for sale on the black market at any given time.

Compounding the issue is that even pieces of personal identifying data, such as the last four digits of your Social Security card number or just a part of your driver license number, can also fetch a price to the right customer.

The most recent identity theft survey indicates sales of stolen personal data has raked in more than $16.8 billion dollars to date, and that is just in the United States alone.

What Could Identity Theft Cost You?

What it costs you when your identity is sold on black market relates to how that data is destined to be used. For example, a recent report indicated that the average victim of identity theft lost an estimated $1,343 due to misuse of stolen personal data.

But money isn’t the only cost to you when your identity gets stolen and misused. Victims of account takeover stated that, in addition to the $290 average cost per incident, they spent an average of 15 hours of their time trying to resolve the case. That is a week of part-time work!

An estimated 40% of identity theft victims reported losing sleep over the theft of personal data. A full 65% stated they felt intense emotions such as anger or rage and 69% felt fearful for their safety. A particularly worrisome 7% stated that they had felt suicidal after being victimized.

More than 15% of victims sold personal items to cover their losses from identity theft. And almost 7% took out a payday loan to cope with identity theft losses.

It is clear from these statistics that identity theft exacts a hefty price from each victim that adds up to far more than just tangible dollars and cents.

What’s the Worth of Your Identity on Black Market?

So let’s take a closer look at the value of your identity on black market terms. One source states that if you have a good credit score and the seller is able to provide this data along with your Social Security card number, full legal name and birth date, your current worth ranges from $60 to $80 on the black market.

This may not sound like a lot of profit for the trouble of stealing your personal data. But just consider the 2017 data breach of credit reporting bureau giant Equifax. This data breach netted the cybercriminals data for 143 million Americans.

Assuming the criminals were able to get complete data on each individual, 143 million times an average going rate of $70 per record easily works out to more than $10 trillion dollars in profit! So the price per individual identity is really quite relative to the total number of records being sold.

Yet another way to calculate the worth of your identity on black market terms is to look at what happens to your personal data after it is hacked and sold on the black market. The seller just made $60 to $80 by selling your record and is back at work mining for more personal data to sell.

The buyer, meanwhile, is already hard at work turning that personal data into even more cash. This is where identity theft begins to get expensive for you. You didn’t really lose any money when your identity got sold. But now, your personal data is about to get used in all sorts of potential costly ways.

Last year, 16.7 million Americans had their personal data stolen. Sellers sold that data to buyers on the black market. Buyers turned that data into $16.8 billion in profits in just one year.

Now you can really start to see the true value for every piece of stolen personal data and why criminals are so motivated to gather as much of it as they can as often as they can.

But let’s say only a piece or a few pieces of your identity was stolen – not enough to make a complete package but still enough to make some quick cash from use of your personal data.

A partial package including your Social Security number, full legal name and birth date currently average between $1 and $8. Add in your credit card number and the price can jump to a range of $20 to $75.

Just your Social Security number on its own might fetch $1 per number. A driver license number only can command around $20 per number. Passports and medical record numbers can readily fetch $1000 or more per record. Credit card numbers with complete information range from $5 to $30.

How to Protect Your Identity from Criminals

Everyone is a potential victim of identity theft. Your personal data may have been accessed already and you have yet to notice the impact of the sale and use of your data by criminals.

The earlier you detect and report suspected identity theft and fraudulent use of your personal private data, the less time, energy and money you will spend recovering from identity theft.