Home Espresso Machines Articles How Is Espresso Different From Coffee?

How Is Espresso Different From Coffee? 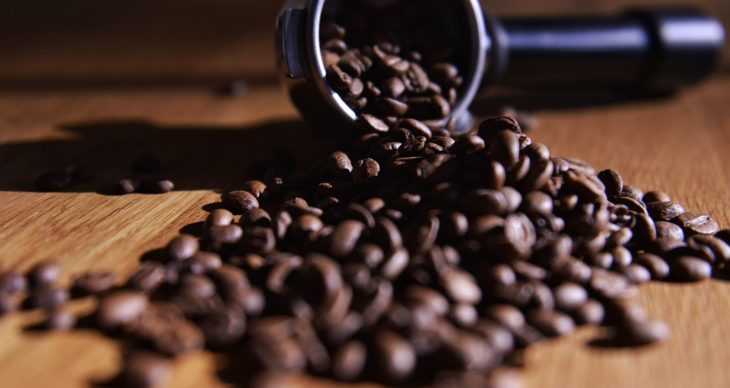 If you’re a coffee-drinker, you’ve probably wondered what makes espresso different from coffee, as well as which drink will give your days that extra kick. Some coffee addicts swear by espresso, saying it’s the only real way to start their mornings. Others aren’t as enamored, preferring to start their day with smooth, aromatic black coffee. Regardless of which you prefer, both drinks are incredibly popular, with hundreds of millions of cups sold daily in the United States alone. So let’s take a look at what makes espresso different from coffee.

Espresso and coffee both come from the same type of coffee bean, which can be either Robusta or Arabica. However, the process of making espresso from this bean is very different from the process used to make coffee.

The beans used in espresso are more finely-ground than those traditionally used in coffee, as well as more firmly packed together. Espresso also requires a higher water pressure and temperature than coffee. And thanks to espresso machines, espresso tends to take less time to make than coffee–some machines can finish a brew in mere seconds. These machines force 1.5 ounces of water through coffee beans with 15 atmospheres (ATM) of pressure–it’s impossible to create that same force by hand, making these machines an integral part of the process.

In order to make coffee, there are several methods. One popular coffee is drip coffee. The process behind drip coffee is fairly similar to espresso, as it
involves water being dripped over coffee beans, though the pressure is not as intense, and the beans are only medium-ground. Another popular method involves a French press; with a French press, the beans are put into a cylinder along with hot water, and like tea, they’re allowed to steep. The plunger then filters the water through the beans, leaving you with a cup of smooth, tasty coffee.

Per ounce, espresso tends to have a higher caffeine concentration than coffee. However, a typical cup of coffee tends to be larger than an espresso serving, and an eight-ounce cup of coffee will have more caffeine than a single (or even double) espresso shot. Each shot has about 50-75mg of caffeine, whereas the eight-ounce coffee serving has between 85 and 165mg.

Many consider espresso to have a bolder, fuller-flavor than coffee. For some, this flavor might be too intense or bitter, whereas others might find coffee bland in comparison. Still, some people even find black coffee too bitter, so it’s all a matter of preference. However, there is an objective way to tell the quality of your drink.

Crema is the frothy layer often found on espresso shots. This crema results from the dissolving of carbon dioxide during the roasting process. Smooth, tan crema on espresso is a good sign that the beans used were high quality. If the crema is missing, gritty, or too dark/light, it’s a sign you might want to get your espresso elsewhere.

Whether you’re sipping a coffee while reading a good book or gulping down an espresso shot to get your morning started, there’s really no wrong way to drink coffee… or espresso. You can even combine the two by adding an espresso shot to your daily coffee. Ultimately, despite their differences, espresso and coffee are both delicious options for fueling us through the workday and enjoying on our days off.

Be sure to check out our best espresso maker‘s list to find the best model for you!