Home Essential Oils Articles How do I make my own lavender oil?

How do I make my own lavender oil? 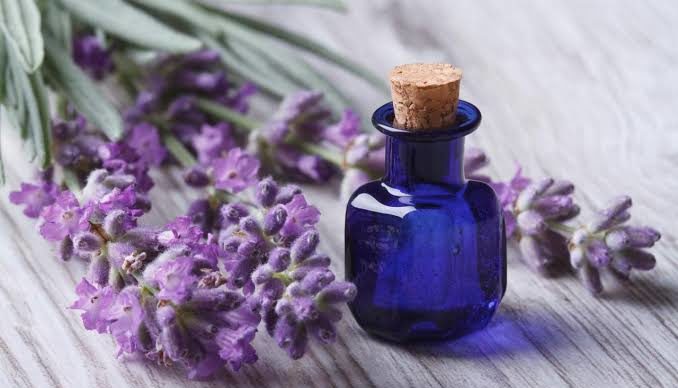 Lavender is one of the most popular aromatic plants to use in any garden, so there is an abundance of it everywhere, throughout the year. Having lavender oil around during the winter is handy. Besides just the romantic properties, lavender oil has been used for centuries as a moisturizer.

To get lavender oil all year round, there are several ways to extract oil out of lavenders, all of which you can do from home. However, these techniques will make lavender oil, not a lavender essential oil.

All the lavender you use must be completely dried out before you begin to infuse any oil. If you fail to complete this step first, any lavender oil you extract can likely become rancid.

Luckily, drying lavender is a very straightforward and easy process.

Cut your lavender off with hand pruners or scissors. Make sure to cut off at least 6 inches from the lavender. Use some rubber band to tie the lavender together at the base of your cuttings. You can also use rubber band over twine — as the lavender dries, it will shrink slightly in size and won’t fall apart.

If you see some pieces fall to the ground despite the rubber band, you can either take more cuttings, or you can reattach fallen sprigs. Now hang the lavender cuttings upside down in a dry, warm spot that will see direct sunlight as you leave it to sit for the next 12 to 14 days. That’s it! After that time, you should have dry enough lavender, and you can now begin to infuse the oil with the lavender.

Here are the supplies you’ll need:

These are the ingredients you’ll need:

Clean out your jar and completely dry it, then place your dried lavender into the pot. Pour your oil over the lavender until it is covered completely.

It’s best to place your jar in a window sill that will see a good amount of sun; it will have to stay there for the next 3-6 weeks. Over the next month or so, the sun will release the parts of the lavender plant that will infuse the oil. Once you’ve decided the oil has sat there long enough, pour it through your cheesecloth into the bottle where you plan to store your lavender oil.

Just as in the previous technique, you start this one with dried lavender cuttings, but this time you fill your crockpot with one-half cup of lavender to 1 whole cup of oil. Set your crockpot on low and let it steep for the next three hours. Once done, let the oil cool and strain it through cheesecloth.

Of course, this technique is much faster than the traditional way of doing it, but many prefer the manual method, as it ensures the most natural way of getting lavender oil. This crockpot method is probably best if you had to make a large batch of it all at once.

What Oil To Use For Lavender Oil

While almost any oil can be used, we stick with olive oil simply because there always seems to be an abundance of it, but there are many others to choose from such as:

As long as you’re using natural oil that doesn’t have an overpowering scent of its own, you’re probably good to go. Other people even recommend witch hazel oil, as its primary benefit is that if you’re going to use lavender oil as a lotion, the witch hazel will act as a natural skin toner.