How Do Drones Work? 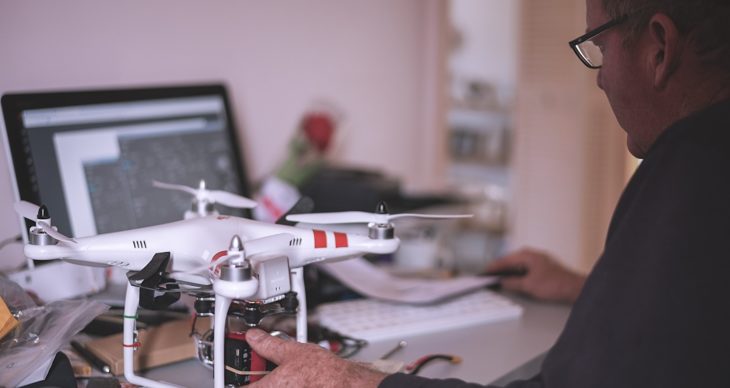 Although there are many varieties of drones in the market which serve different purposes such as recreation, photography/film, commercial use, and military, their two main functions are flight and navigation.

In order to achieve flight, a drone needs to have a good power source, a battery or fuel, and that helps power the rotors and propellers in to generate lift.

The propellers are then supported by a lightweight but durable frame that’s made out of composite materials to increase maneuverability during flight.

Features and Components Of a Drone

A commercial drone contains a lot of features and technological components, such as:

Electronic Speed Controllers (ESC) – This is an essential component for drones to have. Without this component, controlling your drone would be impossible as this component connects the motors to the flight controller. It’s responsible for directional movement and the motor’s speed.

Flight Controller – The flight controller is the heart of a drone. It’s responsible for controlling multiple onboard electrical components with the help of a microprocessor.

GPS Module – A pilot controls and navigates the drone through visual tracking in order to determine it’s location and orientation, but it’s the job of a GPS Module to allow the drone to maintain it’s current position, altitude, and location.

Battery – The battery powers every single component of a drone.

Antenna – One of the most overlooked components of a drone. Without the antenna, communication from your drone to your controller wouldn’t happen at all. Video feed and navigation would be impossible.

Receiver – The receiver is responsible for receiving information and commands that the pilot is issuing through wireless transmission over the radio waves.

Cameras – A camera is what allows you to enjoy that drone first-person view. The image and video feed gets transmitted directly through your controller, allowing you to see what the drone sees.

Sensors – A drone is equipped with countless sensors all over. If a sensor detects an obstacle, it’ll prevent the drone from going further into that direction.

Accelerometer and Altimeter – These two components measure speed and altitude of the drone.