How Do Air Purifiers Work? 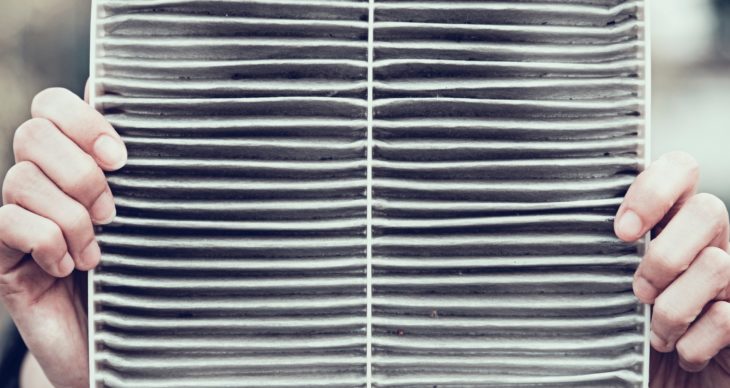 You may just have heard about it now, and it may seem like a new trend that has just popped up, but air purifiers have been around for a long time now.

Air Purifiers started as a fireman’s mask, but now they have evolved to protect you from any harmful pollutants in the air.

In America alone, people spend approximately $250 million per year on air purifiers for their offices or homes. So, how do air purifiers work?

In the U.S. alone, approximately 50 million people are affected by allergies and asthma.

The need for safe and clean air indoors is rapidly growing, and people are becoming desperate in looking for ways to do so. Companies and manufacturers are racing  to develop the next product that would solve that problem.

There are many allergens and pollutants in the air that can damage your lungs such as, smoke, dust, mold spores, pollen, airborne viruses and bacteria, pet dander, and more.

And most of them are microscopic, which means you can’t see them by the naked eye. Air purifiers get rid of those irritants and pollutants cannot be seen by the human eye. It filters them using these methods: filters, ozone, or electrical attraction.

As air flows through the air purifier, they utilize multiple fine sieves to filter air particles during air circulation. There are several sieves that you can use, and the finer the sieve gets, the smaller air particles it traps.

One accepted standard of filters is called the HEPA filter, which has a success rate of 99.97% in trapping airborne particles that are larger than 0.3 microns. Each micron has an equivalent measurement of 1/25,400 of an inch and is mainly used as a unit of measure for air particles.

And because a human eye can’t detect anything smaller than 10 microns, pollutants like, viruses and bacteria avoid human detection until it’s too late. HEPA filters can filter even smaller allergens such as dust, smoke, asbestos, pollen, and more, easily. And the more times the air gets filtered, the cleaner it gets.

Another technology that air purifiers utilize in filtering the air is the electrical attraction. There are only three types of air purifiers in the market that utilizes this technology:

How these method works are that air particles are drawn and sucked in by a fan, and is then charged by multiple high-voltage wires. Several precipitating cells carry an opposite charge of electricity, attracting the pollutants and contaminants charged by the wires as they pass along the plates (precipitating cells).

The Electret Filters, on the other hand, utilizes synthetic fibers that would generate static charges to attract air particles. There are different types of Electret filters that you can get such as plain, pleated, a disposable and a reusable one.

They’re also known as Ion air purifiers. It utilizes tiny charged wires to create gas molecules that have negative charges that would stick to air particles, collecting them in the filter. One downside of this filter is that some ions get released back in the air and may stain your furniture.